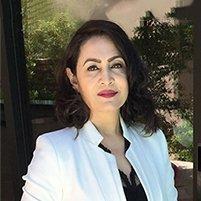 Early diagnosis and intervention of autism increase a child’s ability to achieve his or her best quality of life. At Advanced Pediatrics in Las Vegas, Nevada, Dr. Nudrat Nauman brings over 13 years of experience to help deal with this condition in the best way possible.

Autism, or autism spectrum disorder (ASD), refers to a group of complex disorders that are characterized by difficulties in social interaction, verbal and nonverbal communication, and repetitive behaviors. In some cases, autism is associated with intellectual disabilities, attention problems, and other conditions like seizures, sleep disorders, and digestive issues. Sometimes, children with ASD have exceptional talent in a specific area, such as music, art, or mathematics. According to the Centers for Disease Control (CDC), 1 in 45 children between the ages of 3 and 17 have been diagnosed with ASD.

ASD is caused by problems in the earliest brain development, usually strongly influenced by genetics. Environment can also play a role in bringing out autistic characteristics, but this is still under study. Regular well-checks and developmental assessments that Dr. Nauman performs in the first 2 years of life help in early detection of these symptoms.

How is autism diagnosed?

There is no medical test to diagnose autism. Rather, a trained pediatrician such as Dr. Nauman administers an autism-specific behavioral evaluation. Signs may first be noticed by parents or by Dr. Nauman during a child’s routine checkup, especially when a child doesn’t reach his or her developmental milestones. In addition, certain medical issues, such as sleep difficulties or seizures, can further suggest the possibility of autism.

How is autism treated?

Treatment usually involves a multidisciplinary team that includes the patient’s pediatrician, along with a psychologist, occupational therapist, and speech pathologist. Since no two patients with autism are alike, treatment plans are individually tailored to meet each child’s specific needs. Intervention generally involves both behavioral treatments and medication, and in the early stages, often involves the patient’s whole family. Many individuals who have autism also have medical conditions. Among the most common are difficulty sleeping, seizures, and gastrointestinal issues. Addressing these conditions in a timely manner improves overall performance and adjustment to daily routines.

We accept the majority of health insurance plans. Please call our office if you do not see yours listed or have any other questions.

Words from our patients